At PDC 2009 recently, we heard that the Silverlight 4 beta release is available for download. This tip gives a quick overview of the new features.

From a modest start less than three years ago, Silverlight has grown into a serious competitor in the rich Internet client space. Currently it is installed on 45% percent of all internet connected devices. In some areas of the world, most notably Europe, the number climbs to 60%. For another important indicator in the growing influence of Silverlight just look around the Internet and tally up the companies betting on this new technology; over 350 partners in all. These companies are placing a strategic bet on Silverlight for several reasons, including:

To get started you'll need to download and install the following:

Silverlight 4 is bursting with enhancements and new features. Here's are some of the highlights.

New CLR
Silverlight 4 now includes the soon to be released.NET 4 runtime. This means new features like support for Dynamic objects.

Printing
Silverlight 1 shipped with no print support. Immediately Microsoft was flooded with requests to add this feature. It took a few releases but Microsoft finally has a printing API in Silverlight.

Better controls
The included control count keeps rising-- here are a few of the new controls.

BusyIndicator: A simple 'waiting' screen that informs users of a pending task.

RichTextArea: Embed complex text, image and lists in your Silverlight application. Note that this is a separate control from the WebBrowser control, which permits usage of HTML.

Charting: Though Microsoft's chart offering is not as complete as the third party vendor chart packages their charts handle the most common data visualization needs.

Accordion: A collection of collapsible areas. 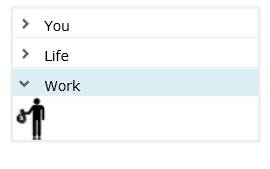 Rating: Displays a rating picker which is customizable with your own images.

Time Picker: Allows the user to select a time from a dropdown.

New Themes: 11 new themes are available for sprucing up your control set. 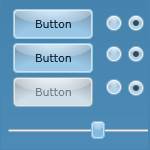 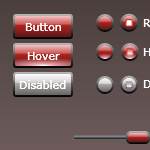 In addition to the Silverlight bits, there are beta releases available for related tools like WCF RIA Services, Visual Studio 2010, Silverlight Toolkit and Expression Blend 4. So, there's a lot for us Silverlight users to explore.